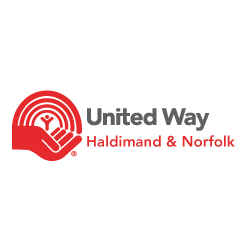 Once again, it’s time to put away our swim suits and bring our sweaters out of storage. Fall is upon us, and so is United Way of Haldimand and Norfolk’s 2017 Campaign Kick-Off!

This year, the OPP will be “arresting” Haldimand and Norfolk residents who are -usually- upstanding citizens! Once they’re in jail, these jailbirds must raise their bail money to get out! All proceeds will be invested in community programs supporting youth, children, individuals and families living in poverty!

Jailbirds will be given an envelope to collect their pledges in. You’ll be in jail until you’ve raised your bail money. You get to pick your own bail amount (most jailbirds pick between $500-$1,000)! You can collect your bail money from friends, family, co-workers and even a personal donation. Donations over $20 are eligible for tax receipts. Credit card donations can be made through our website. If your bail amount is reached before the event, you’ll be in jail for just fifteen minutes. The maximum “sentence” is two hours, even if you don’t meet your bail.

Friends can even bribe the guards to keep you in jail longer! A $50 bribe will keep you in the clinker for an extra fifteen minutes. Again, the maximum sentence is two hours, so you’ll be free to go no matter what, after you’ve served your time.

Even if you don’t reach your bail amount, all donations are greatly appreciated. It’s through the support of people like you that we are able to help people move from poverty to possibility, help kids grow up to be all that they can be, and build strong communities with healthy people in them.

For more details, read our: