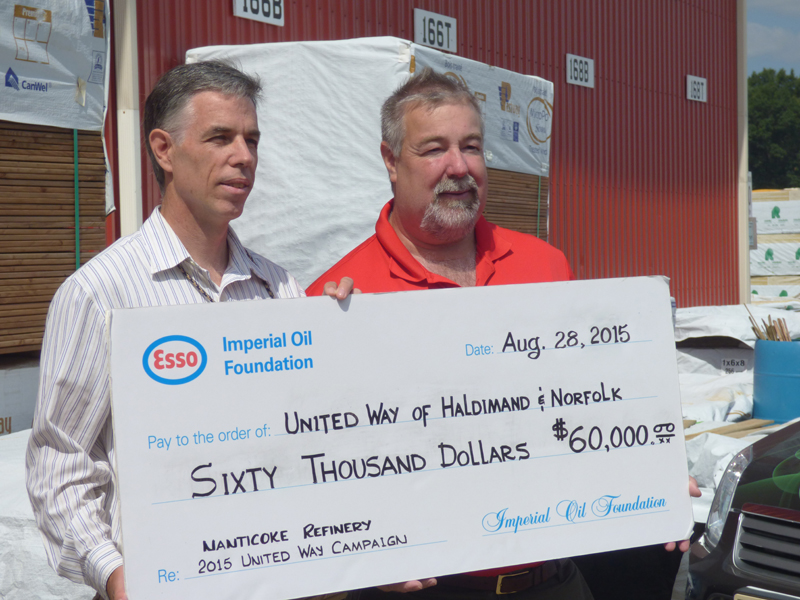 “We’re going to raise $450,000 this year,” said Neil Dring, executive director. The money will go to support 33 social service programs throughout Haldimand and Norfolk counties which are provided by 12 member agency partners.

Over the next three months, the United Way’s volunteer campaign cabinet will be approaching local businesses and asking them to participate in workplace campaigns, host fundraising events and make donations. “Workplace campaigns are the bread and butter of United Way support,” said Dring, thanking everyone who has participated in the past and encouraging new supporters.

About The United Way of Haldimand & Norfolk We are a registered charity and one of 112 United Way agencies across Canada. We are dedicated to improving the lives of residents in Haldimand and Norfolk counties and money raised by our United Way provide funding for 33 social service programs at 13 local agencies. These programs help thousands of people throughout Haldimand & Norfolk each year. For more information, please visit www.unitedwayhn.on.ca