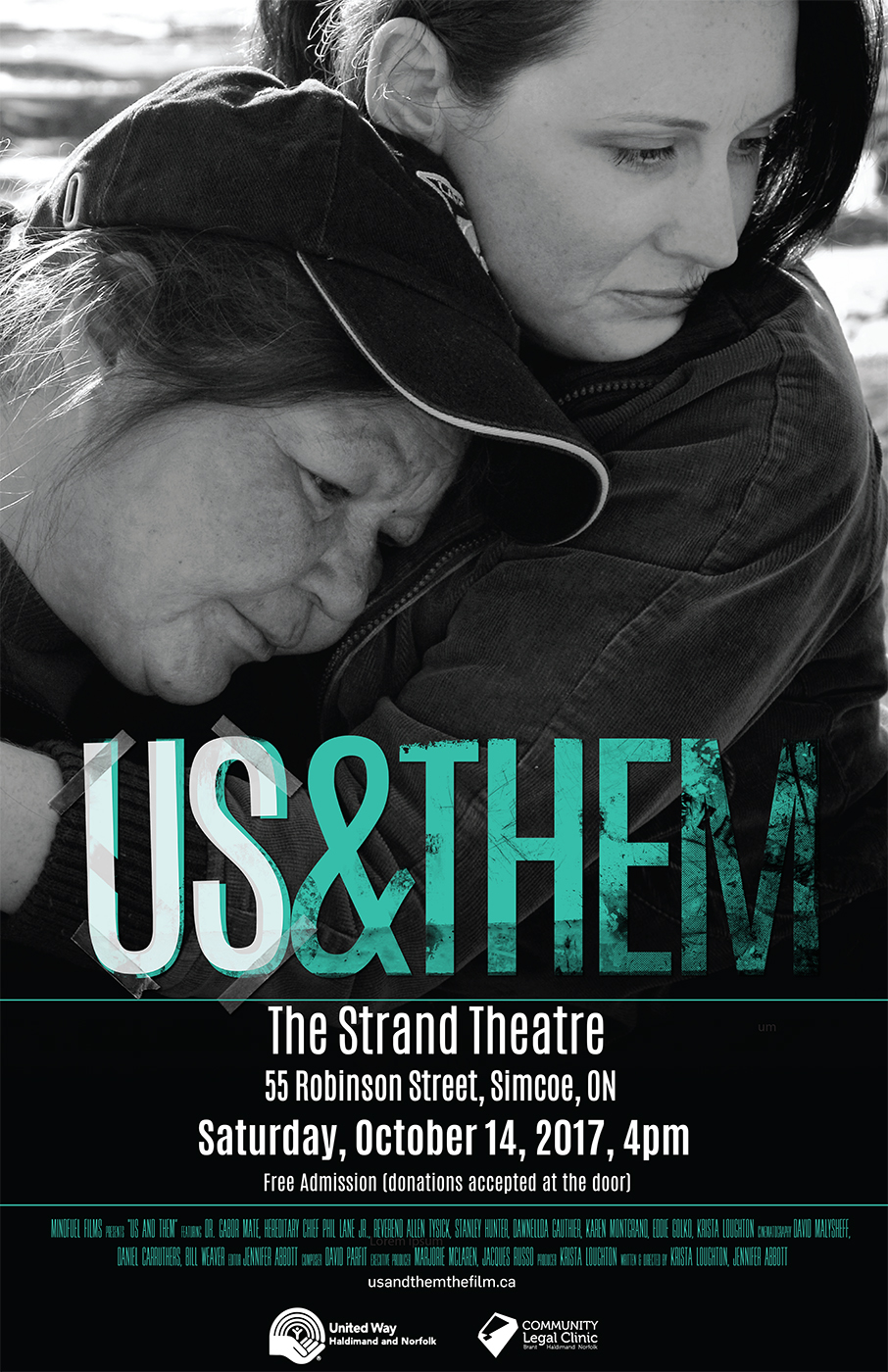 United Way of Haldimand and Norfolk presents screening of Us & Them

Us & Them is a documentary film that chronicles the real-life, ten-year journey of four homeless people and their struggles with addiction. Directed by Krista Loughton and Jennifer Abbot (The Corporation), the film is punctuated with First Nations wisdom and Dr. Gabor Maté’s insight into the roots of addiction. Everyone who watches the film has been deeply moved, and never look at the homeless in the same way again. Watching this film helps you to realize that there is no difference between “us and them.”

Filmmaker Krista Loughton will be attending the screening in Simcoe to offer a Q&A period after the show.

The film will be screened in Simcoe at The Strand Theatre at 55 Robinson St. on October 14 at 4:00pm. Admission to the event is free, though a donation to United Way of Haldimand and Norfolk is appreciated.