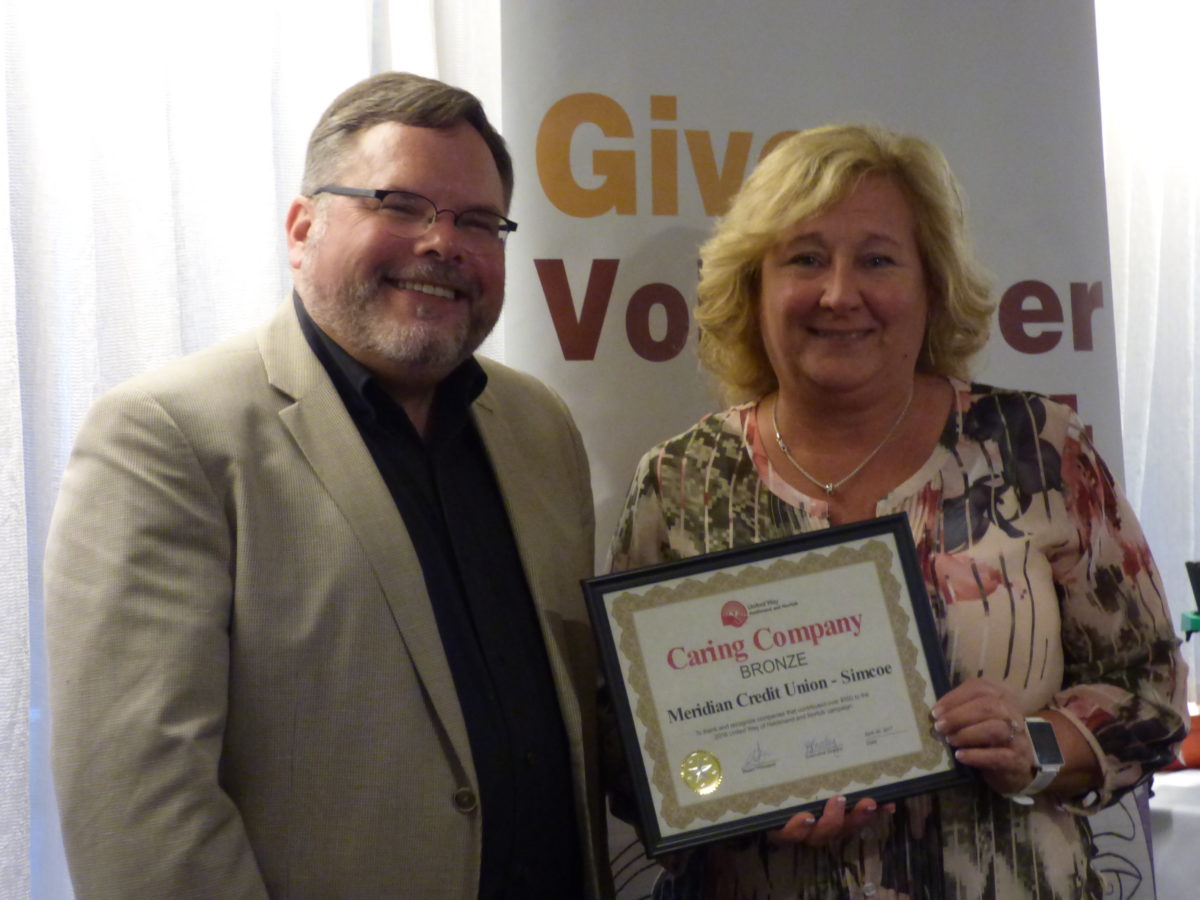 Another year has come and gone. We would like to express our heartfelt thanks to everyone who made this past year possible. To our donors, volunteers and member agencies, you make United Way what it is! We would also like to take this opportunity to thank our hosts for use of their space. It was a a great pleasure to hold our AGM at the Erie Beach Hotel!  Thank you to the Schneider family for their ongoing support!

At the meeting, several awards were presented to individuals and organizations who have contributed during the past year.
Yvonne Holloway was the recipient of the Volunteer of the Year Award and The Harold Schneider Community Service Award was presented to Kayla McFeeters. Libro Credit Union was awarded the New Corporate Partner Award. The Media Partner Award was given to Norfolk News. The following organizations received the Spirit Award: CIBC, Coach Pyramids Inc., Domino’s Pizza Simcoe, LCBO Langton, TD Bank – Downtown Simcoe, Turkstra Lumber–Dunnville and Turkstra Lumber-Simcoe.

2016 was a great year for us here at United Way of Haldimand and Norfolk. It would not have been possible without the hard work and dedication of everyone involved. We look forward to another great year in 2017!